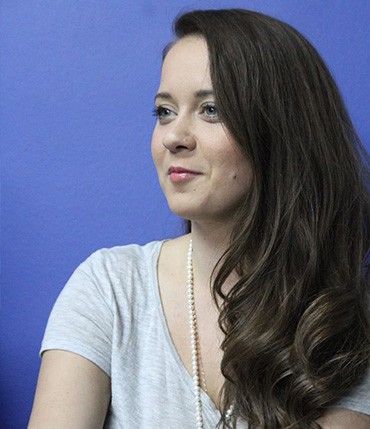 Previously experienced in TV production and PR services for sports, gastronomy and luxury segment clients, Alina Usmanova started her carreer in the music industry as a band manager and music video producer, followed up by a position in PR and events production in music. She is currently the head of PR and partnership collaborations of Colisium international music conference and Moscow Music week showcase festival (MMW), held in Moscow, St.Petersburg and Sochi (Russia). MMW showcase festival is quite young, yet opens doors for foreign bands to promote their music in the Russian market, as well as helps Russian bands getting to European stages and similar festivals.

Alina also works as the producer of Anglophone music festival for English-language bands from Russia and as music producer for major sport events (helicopter championships, charity marathons, soccer games, extreme sports shows, etc.), as well as participates in the building lineups for numerous events, manages several indie bands organizing their gigs both in Russia and abroad. Inspired by the idea of music export, Alina became the partner of Music Development Russia company focused on Russian bands’ promotion abroad, which organized Russian showcase at BIME’2015 (Bilbao, Spain), is engaged with drawing up Russian showcases at BIME’2016 and “Tune in” festival (Tel Aviv). Moscow, where Alina is originally from is a pulsing city full of music of all genres. She is interested in building strong bonds between bands, venues, showcase festivals all over Europe to help artists to export their music and get wider outreach.