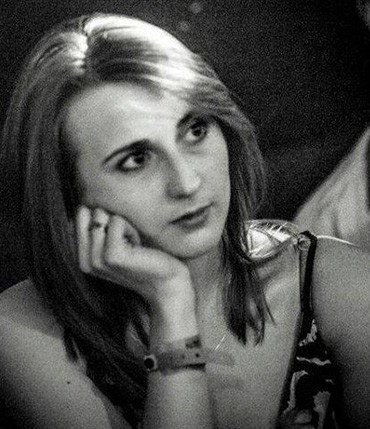 Born in 1986, she graduated from the University of Silesia in Katowice where she obtained a master’s degree in philosophy and a title of manager of culture at the post-graduate studies at the University of Economics in Katowice. Since 2012, she has been working at Katowice City of Gardens – Krystyna Bochenek Cultural Institution (organiser of JazzArt Festival, Garden of Sounds, City’s Birthday and co-organiser of OFF Festival, Tauron New Music and Rawa Blues, among others), where starting from this, year she has been the deputy director responsible for institution’s content-related agenda and cooperation with domestic and foreign partners (such as Kraków, Lublin, Sopot and Wrocław in Poland and Adelaide, Mannheim, Kingston, Hannover, Seville and Saint Etienne abroad).

Author of an innovative support programme for non-governmental organisations which opened new possibilities for cooperation between the public and private sectors. In 2015, she appointed a team which under her leadership submitted an application to the UNESCO Creative Cities network, resulting in the inclusion of Katowice in the network in the field of music in December 2015. Currently, she is also responsible for implementing and executing the entire programme of “Katowice – City of Music”, the foundations of which were included in the application.

Together with Sound Diplomacy in the years 2015–2016, she worked on the report “Development policy of the music sector in Katowice. How to build an active, balanced and successful music industry” for Katowice which was published in June this year.