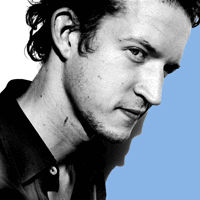 Tim Gubel runs a music agency in Bulgaria called Fusion Embassy. If his name doesn’t sound very Bulgarian to you, it’s because he’s Belgian. Tim has been doing the artistic direction of a number of concert series and festivals in Brussels, marketing for EXIT in Serbia and currently produces his own festival (ao. ZENITH) and concerts in Bulgaria. You’ll often find him on the road, touring with the band he manages: Oratnitza (performing at Budapest Ritmo). Together with the band they’ve been popularizing Bulgarian music, by bringing bass-inspired ethno music to the club scene, in Bulgaria and far beyond. Along with having created an alternative network for physical music distribution in Bulgaria, Tim has also created a touring-network of 10+ clubs in Bulgaria where he books the bands he represents.