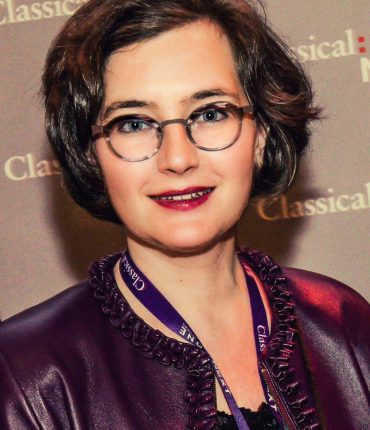 Ruth Jakobi studied Music, French and Education in Hamburg, Germany and Lyon, France. During her studies, she was employed part-time as the international relationship officer at Hamburg University for Music and Theatre.
In 2001, she accepted the position of the executive officer at the foundation “Podium for Young Musicians”, offering stage experience and capacity building workshops for emerging professional musicians.
Since September 2003 Ruth Jakobi has been employed as Secretary General of the European Music Council (EMC) and carried out this function partly in dual leadership with Simone Dudt. She has been invited as a lecturer to international conferences and to cultural management study courses. Ruth also served as jury member for youth music competitions and for the Fair Music Award. From 2006-2008 she was an elected member of the Board of EFAH – European Forum for the Arts and Heritage (today Culture Action Europe).
Between 2010 and 2016 Ruth stepped back from her function as EMC Secretary General to mainly take care of her three children. During this time she continued working on special projects for the EMC and also worked as a freelance consultant for international project management.

TO PARTICIPATE AT THE CONFERENCE, PLEASE SIGN UP IN ADVANCE BY WRITING AN EMAIL TO: REGISTRATION@HANGVETO.HU, INDICATING THE DATES AND NUMBERS OF PARTICIPANTS. WELCOME TO BUDAPEST RITMO CONFERENCE!