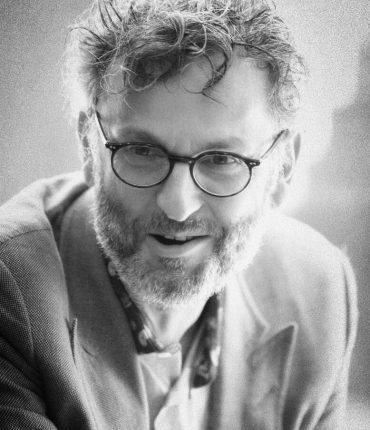 Rainer Kern was born in Mannheim and grew up there. He has studied chemistry in Karlsruhe and Heidelberg and changed over after his diploma degree in chemistry to the culture field. As a freelance cultural manager, curator and producer he managed several projects in Heidelberg, Mannheim, Ludwigshafen and New York. He was the founder of the Mannheim based literature festival lesen.hören (reading.listening).

He was also the founder and continues to be the festival director and artistic director of the biggest german Jazz Festival, Enjoy Jazz – International Festival for Jazz and More, which is held every autumn for seven weeks in the cities Mannheim, Heidelberg and Ludwigshafen (www.enjoyjazz.de, seeing its 20th edition this year.

Currently he is member  of the team of the Habitat III following and implementation process for the city of Mannheim regarding the “Sustainable Development Goals (SDGs, Agenda 2030)” together with the “New Urban Agenda”.

He is responsible for the setup and strategic development the new worldwide Network “Global Parliament of Mayors” (GPM) which was launched in September 2016 in The Hague, Netherlands and co-founded by the city of Mannheim. The GPM now is a member of the Global Taskforce.

Together with Charles Landry he is founder and co-curator of the conference „At the boundaries of Sound“, which was held first in October 2014 in Mannheim and is now planned for other cities worldwide.

In 2014 he developed the course of studies (degree programme) „Culture Management for SRH University, Heidelberg, which started autumn 2015.

He is an Expert in City / Cultural Diplomacy and Networks.

His expertise connects local issues, as well as national and international engagements. With his work, Rainer Kern combines culture and politics. Beyond, his multifaceted expertise is being used for innovative management-consultant concepts.

TO PARTICIPATE AT THE CONFERENCE, PLEASE SIGN UP IN ADVANCE BY WRITING AN EMAIL TO: REGISTRATION@HANGVETO.HU, INDICATING THE DATES AND NUMBERS OF PARTICIPANTS. WELCOME TO BUDAPEST RITMO CONFERENCE!